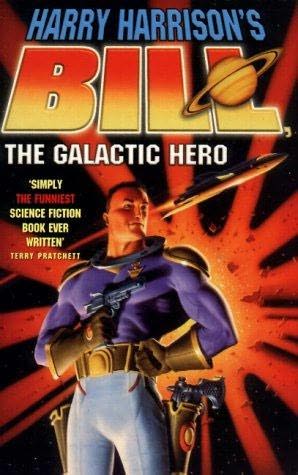 But Bill, a Technical Fertilizer Operator from a planet of farmers, wasn't interested in honor-he was only interested in two things: his chosen career, and the shapely curves of Inga-Maria Calyphigia. Then a recruiting robot shanghaied him with knockout drops, and he came to in deep space, aboard the Empire warship Christine Keeler. And from there, things got even worse &

From the sweltering fuse room aboard the Keeler, where he loses an arm while blasting a Chinger spaceship, to the Department of Sanitation far below the world-city of Helior, where he finds peace, job security, and unlimited trash & here is Bill, a pure-hearted fool fighting a deluxe cast of robots, androids, and aliens in a never-ending losing battle to preserve his humanity while upholding the glory of the Empire.
Year: 1965 г.
Read this book now
Download in formats: fb2 142k, epub 335k, mobi 305k, txt, html