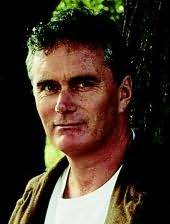 Genre: thriller
Annotation:
'One of the most startling and provocative mysteries I've read in years.' – Carl Hiaasen
'Read this book, savor the language – it's the last and the most compelling word in thrillers.' – James Ellroy
Surreal Bangkok, city of temples and brothels, where Buddhist monks in saffron robes walk the same streets as world-class gangsters, where bodies and souls are for sale or rent, and where the way you die may be more important than the way you live.
Inside a locked Mercedes an African-American Marine sergeant is killed by a maddened python and a swarm of cobras. Two cops – the only two in the city not on the take – arrive too late. Minutes later, only one is alive.
Sworn to avenge the death of his partner and soul brother, Sonchai Jitpleecheep, a fair-skinned Thai and a devout Buddhist who commutes daily between the sacred precepts of his religion and the profane delights the city has to offer, works his way through District 8. His tools are the forensic techniques of the modern police department; no less vital is his profound understanding of the mystical workings of the spirit world.
Soon he is in a realm he has never before encountered: the moneyed underbelly of Bangkok, where desire rules and the human body is as custom-designable as a raw hunk of jade – and where Sonchai eventually tracks the killer, a predator of an even more sinister variety.
A highly original story of gripping pace and reality, Bangkok 8 is a rare thing: a darkly atmospheric novel redolent with the authentic, hallucinogenic atmosphere of Bangkok. You've never read a thriller quite like this.
Read this book now
Download in formats: fb2 297k, epub 324k, mobi 506k, txt, html