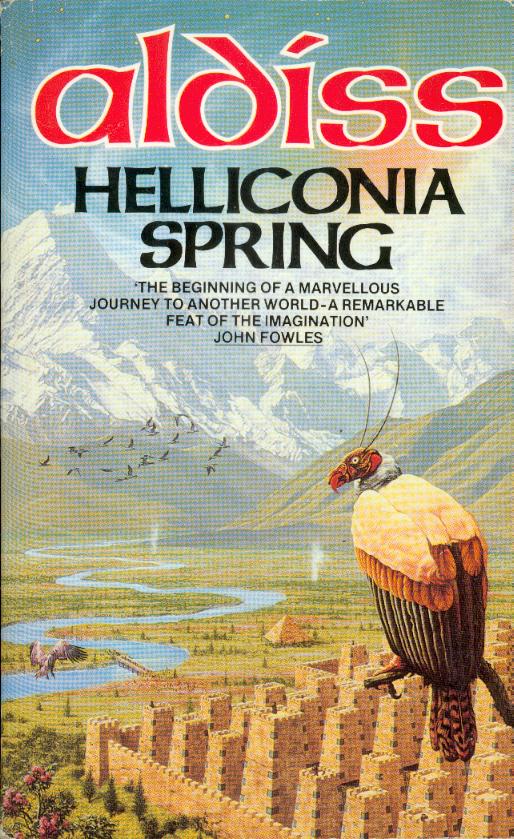 Serie: Helliconia
Genre: fantasy
Annotation:
This is the first volume of the Helliconia Trilogy—a monumental sage which goes beyond anything yet created by this master among today’s imaginative writers. An entire solar system is revealed, and with it a world disturbingly reflecting our own, Helliconia: an Earth-like planet where dynasties change with the seasons. Events and characters and animals stream across the pages of this gigantic novel. Cosmic in scope, it keeps an eye lovingly on the humans involved. So the 5,000 inhabitants of the Earth’s observation station above Helliconia keep their eyes trained on the events of Oldorando and may long to intervene though the dangers are too great. So we on Earth have them all in our vision in one of the most consuming and magnificent novels of scientific romance.