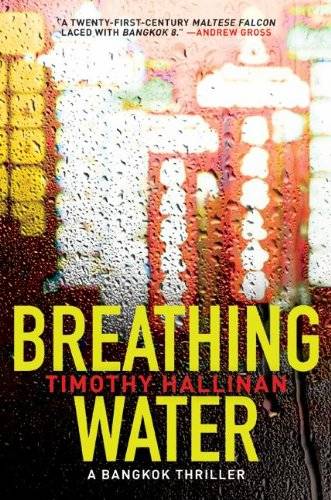 Genre: thriller
Annotation:
Behind every great fortune is a great crime &

For American ex-pat writer Poke Rafferty, a late-night poker game delivers an unexpected prize: an 'opportunity' to write the biography of Khun Pan, a flamboyant, vulgar, self-made billionaire with a criminal past and far-reaching political ambitions. The win seems like a stroke of luck, but as with so many things in vibrant, seductive, contradictory Bangkok a city of innocence and evil, power and poverty the allure of appearances masks something much darker. Within a few hours of folding his cards, Rafferty, his wife, Rose, beloved adopted daughter, Miaow, and best friend, Arthit, an honest Bangkok cop, have become pawns in a political struggle among some of Thailand `s richest, most powerful, and most ruthless people.

A hero to the poor and dispossessed, Pan is like a bone in the throats of the beautiful, sophisticated 'good' people who own and control every facet of Thailand and want more. There are many who would prefer that a book, especially a sympathetic book, stay unwritten. And there are others who want to expose Pan`s darker secrets, information useful in a preemptive strike against this profligate billionaire who can threaten their hold on power a situation they will go to murderous lengths to prevent.

Damned if he does, damned if he doesn`t, Rafferty is breathing water and sinking deeper in a sea of intrigue with each passing hour. The trouble multiplies when a missing young street friend of Miaow`s reappears, needing Rafferty`s help to protect an innocent village girl trapped in a baby-selling ring. Pushed ever closer to the abyss, Rafferty has one chance to get them all out alive. But to succeed, this foreigner must do the impossible keep a cool Thai heart.

Set in the Thailand of today`s headlines a nation of unrest, political uncertainty, corruption, and tradition, where the future looks dangerously precarious Breathing Water is the story of a deadly game in which the stakes are enormous and life is literally cheap. The most compelling Poke Rafferty thriller yet, it is a journey that goes beyond the illusion of order and stability into a world where a wrong turn can lead to chaos, and where love and courage may not be enough to hold back the darkness.
Read this book now
Download in formats: fb2 292k, lrf 532k, epub 528k, mobi 560k, txt, html