Rise of the Horde 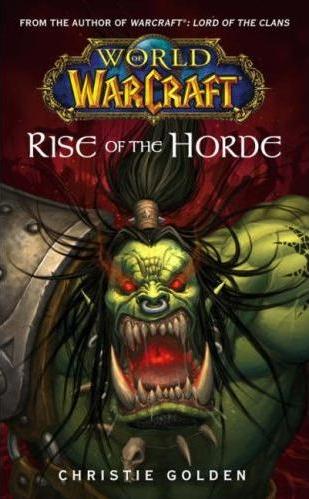 Оценка: 4.5 (11)
Serie: WarCraft
Genre: heroic
Annotation:
Though the young Warchief Thrall ended the demon curse that had plagued his people for generations, the orcs still wrestle with the sins of their bloody past. As the rampaging Horde, they waged a number of devastating wars against their perennial enemy'the Alliance. Yet the rage and bloodlust that drove the orcs to destroy everything in their path nearly consumed them as well.

Long ago, on the idyllic world of Draenor, the noble orc clans lived in relative peace with their enigmatic neighbors, the draenei. But the nefarious agents of the Burning Legion had other plans for both of the unsuspecting races. The demon-lord Kil`jaeden set in motion a dark chain of events that would succeed not only in eradicating the draenei, but forging the orc clans into a single, unstoppable juggernaut of hatred and destruction.

RISE OF THE HORDE