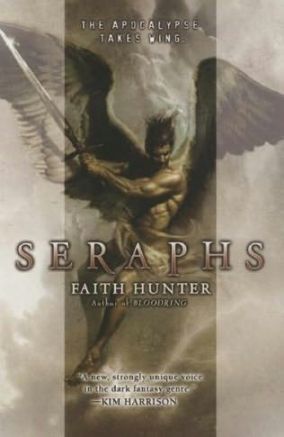 Serie: Thorn St Croix
Genre: fantasy, heroic
Annotation:
Living among humans in a post-apocalyptic ice age, neomage Thorn St. Croix has learned to count on her friends, but she`s lost count of her enemies. She is a source of both fear and fascination for the people of Mineral City: Her powers can save them from the forces of evil, but also attract demon spawn and succubae. And fighting on her own turf nearly gets Thorn and those she holds dear killed.

But Thorn`s ultimate test awaits deep under the snow-covered mountains beyond the village, where an imprisoned, fallen seraph desperately needs her help. There, hidden in the hellhole, the armies of Darkness assemble to ensure this subterranean rescue will be Thorn`s final descent.
Read this book now
Download in formats: fb2 247k, epub 463k, mobi 463k, txt, html