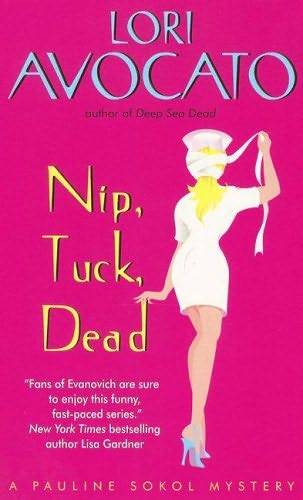 Оценка: 3.0 (1)
Genre: historical detective
Annotation:
Ex-nurse-turned-insurance fraud investigator Pauline Sokol`s willing to risk anything to put a bad doc out of business-;even her best friend Goldie`s near-perfect proboscis! Her cross-dressing compadre has agreed to get his shnozz bobbed so Pauline can pose as his private nurse and gain entry into Highcliff Manor-;a posh plastic surgery 'spa' making an illegal killing with their repeat clientele.

But when a super-rich 'frequent flier' is unexpectedly widowed-;and a receptionist who knows too much is given the boot & off a nearby cliff!-;Pauline realizes she`s stuck her own nose into something really nasty. Despite the pleasant distraction of the hunky Dr. Neal-;and the unexpected appearance of her sexy cohort, Jagger-;Pauline can`t shake the feeling she`s being closely watched. And if she`s not careful, she`ll be the next one who goes under the knife!
Read this book now
Download in formats: fb2 161k, epub 365k, mobi 332k, txt, html