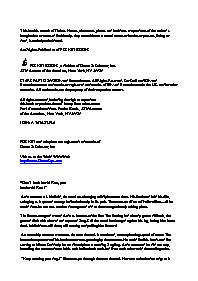 Serie: StarCraft
Genre: fantasy
Annotation:
Far in the future, 60,000 light-years from Earth, a loose confederacy of Terran exiles is locked in battle with the enigmatic Protoss and the ruthless Zerg Swarm, as each species struggles to ensure its own survival among the stars -- war that will herald the beginning of mankind`s greatest chapter or foretell its violent, bloody end.

All Ardo Melnikov ever dreamed of was to live in peace on the verdant colony world of Bountiful. But when the vicious Zerg Swarm attacked the colony and annihilated his loved ones, Ardo was forced to wake from his dream and accept the brutal realities of a war-torn galaxy. Now a confederate marine, charged with defending the worlds of the Terran confederacy, Ardo must come to terms with the painful memories of his past -- and the unsettling truths that may dominate his future.
Read this book now
Download in formats: pdf