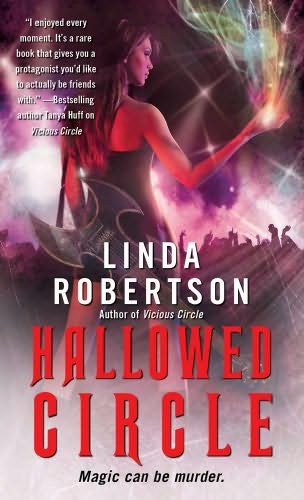 Оценка: 2.5 (2)
Serie: Circle
Genre: heroic
Annotation:
Persephone Alcmedi has been persuaded to compete for the position of High Priestess of the Cleveland, Ohio, coven now that the former priestess, Vivian Diamond, has strangely gone missing. Unfortunately, there are a few small problems with the idea. Not only does Seph know rather more about Vivian`s disappearance than the other witches realize, but the epic struggle she`s just survived has left her with some highly unusual powers ones that could be dangerous to reveal. Despite her reluctance, she agrees to participate, if only to prevent snooty Hunter Hopewell, an obnoxious but talented witch, from ending up in the winner`s circle.

Can Seph hide her secrets including her connection to the master vampire-wizard Menessos from the terrifyingly wise judges? Plus, there`s her rock `n` roll werewolf boyfriend, Johnny, and some angry fairies to deal with &.
Year: 2010 г.
Read this book now
Download in formats: fb2 217k, epub 430k, mobi 425k, txt, html