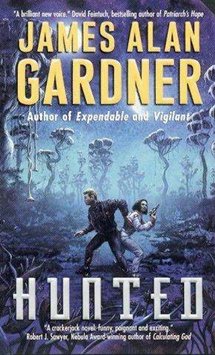 Serie: League of People
Genre: space fantasy
Annotation:
Edward York is an illegal clone, genetically engineered for perfectionљ but something went wrong. His twin sister, Ambassador Samantha York, is a gorgeous genius, but the physically perfect Edward is condemned by his faulty brain to service in the human Navy s Outward Fleet Explorer Corps, a collection of misfits who call themselves the Expendables, and with good reason. After Edward fails to save his sister s life on the war-torn planet Troyen, he is sent away on a Navy starship in which all other crew and passengers die in the same instant, leaving Edward aloneљ and trapped with unknown, destructive nanotechnology. If that isn t trouble enough, his fate is mysteriously tied to that of Troyen s native race, the Mandasar, in a complex interstellar web of conspiracy and treachery. And his only allies may be five young Mandasar; a human-alien symbiont with motives of her own; and the most infamous Expendable in the Corps, the hated Admiral Festina Ramos.