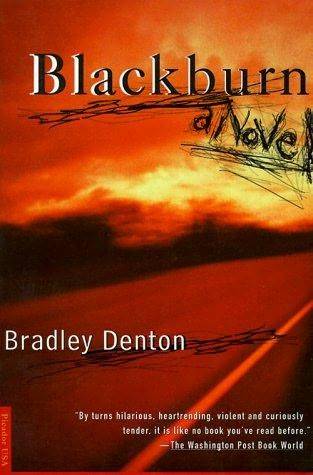 Denton 's third novel (after Buddy Holly Is Alive and Well on Ganymede) takes the overworked serial-killer concept and wrings from it a striking depiction of middle-American despair, betrayed innocence, and transcendent hope. Jimmy Blackburn is a roaming murderer with an idiosyncratic moral code: he kills only those he feels deserve to die. His victims include cheating auto mechanics, bullying bosses and a thieving encyclopedia salesman. In intervening chapters, Denton traces Blackburn's childhood in small-minded small-town Kansas, in a home haunted by an abusive father, a world prescribed by casual cruelties and repressive, untrustworthy authority. Denton doesn't settle for facile connections between Blackburn's early years and his criminal turn, playing his life off against some Norman Rockwell vision of an America that never was. He portrays Blackburn's childhood not as unusually bleak or cruel, but as an all-too-common experience, so it's the reality of a mundane world-not some exceptional horror-that produces Blackburn the killer. And Blackburn himself is no simplistic figure of evil; he retains a sympathetic innocence, a stubborn hope, throughout his doomed journey, and his end yields a surprising sense of redemption. Denton 's hand never falters as he shows us an America of petty injustices and vanished dreams, where a sensitive Kansas boy can grow into a killer.

Abused and unloved, Blackburn is a true victim of circumstance who devises his own strict moral code to guide him in all matters including whom and what to kill. On his 17th birthday, Blackburn shoots a cop who has just killed a dog in the town church. He then embarks on a career as a one-man eliminator of those who mistreat and prey upon others. Using stark, unadorned prose, Denton (Buddy Holly Is Alive and Well on Ganymede, Morrow, 1991) has created a modern-day parable illustrating the shades of good and evil and the meanings of life. Sometimes humorous but more often heart-wrenching, Blackburn delivers a knockout punch to rigid, self-satisfied thinking everywhere. Excellent.
Read this book now
Download in formats: fb2 201k, epub 394k, mobi 346k, txt, html