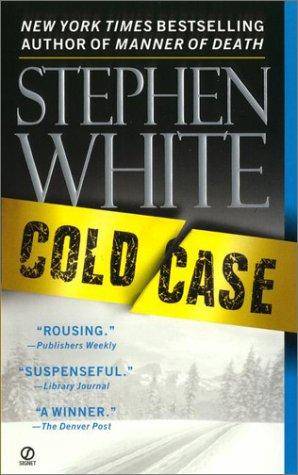 Whites shrewd mystery, the eighth and best in the series since Remote Control (1997), doubles as an engrossing catalogue of lonely misfits and aging oddballs for whom the murder of two teenaged girls becomes a metaphor for their own inability to put their pasts behind them. The girls disappear one night in 1988 after visiting the ranch of Boulder, Colorado, psychotherapist and talk-radio host Raymond Welle.

Several months later, their mutilated corpses are discovered many miles away in a melting snowdrift. Sheriff Phil Barrett attributes their death to an unknown psycho, and the bodies are buried. In the subsequent decade, Dr. Welle becomes a national celebrity when an apparently disgruntled former patient takes Welle's wife hostage, then kills her shortly before Sheriff Barrett's sharpshooters blow him away. Welle writes a best selling self-help book and gets elected to the US Congress, taking Barrett along as his chief of staff. The area near the ranch, targeted for development by a Japanese group, is now a tourist trap owned and funded by local businessmen who may have made suspicious contributions to Welle's campaign. Locard, a weird Washington, D.C., group that specializes in solving old crimes, draws in Gregory and Crowder (whose first husband was the brother of Welle's deceased wife) but insists that they remain discrete.

In a matter of days, brassy Washington Post reporter Dorothy Levin begins investigating Welle's finances, the congressman ducks an assassination attempt, and Gregory finds the list of patients who may have slept with the charismatic therapist getting longer and longer. Superbly insightful, with delightful minor characters (including a feisty one-eyed forensic investigator with designer eye- patches) and a plot that races along, falling flat only at the end when far too many gun-toting villains talk & and talk & and talk
Read this book now
Download in formats: fb2 275k, epub 462k, mobi 483k, txt, html